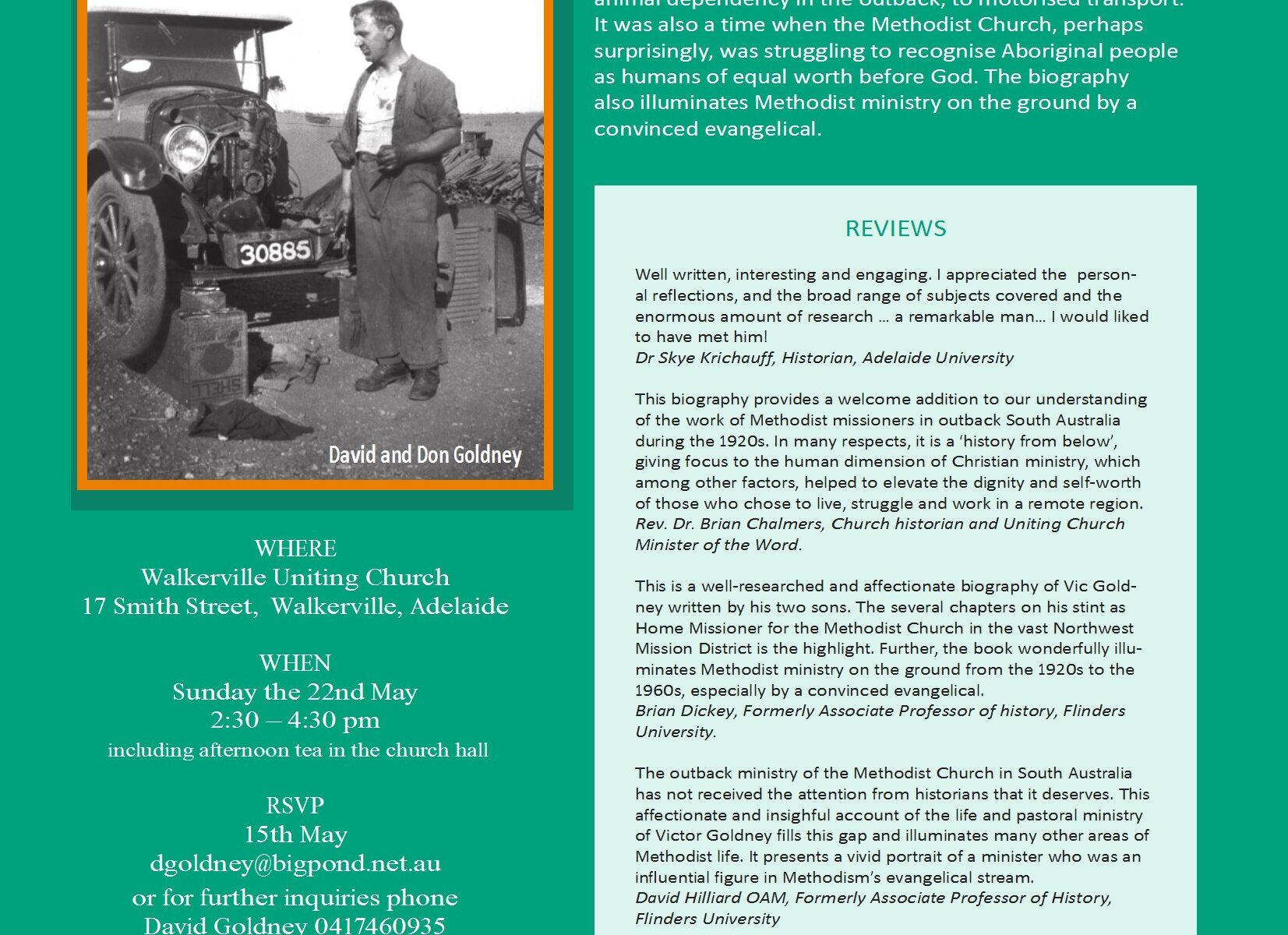 This biography shines a light on a now little-known episode
of religious life in South Australia. One man reaches out
to the station people of the sparsely populated northwest,
an area larger than Tasmania. VHG was appointed by the
Methodist Church, an evangelical Christian denomination,
once claiming up to 25 per cent of the population as
members or adherents. Since 1977 the Methodist Church
has been subsumed within the Uniting Church in Australia.
His appointment (1924-1927) coincided with the shift from
animal dependency in the outback, to motorised transport.
It was also a time when the Methodist Church, perhaps
surprisingly, was struggling to recognise Aboriginal people
as humans of equal worth before God. The biography
also illuminates Methodist ministry on the ground by a
convinced evangelical.  The following link is to the flyer for the event.

This site uses Akismet to reduce spam. Learn how your comment data is processed.